Dog Food Recall 2007
An Unfortunate Accident or Greed Before Morals?

Go to 2015 Dog Food Products and Treats Recalled To Date

United States companies were knowingly and deceitfully importing from China, a product alleged to be “wheat gluten”. 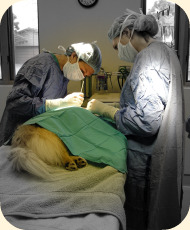 In actuality, the product was deliberately contaminated with “melamine” to appear as though it had a higher protein level than was actually present. Melamine is used to create products such as plastics, cleaning agents, glues, inks, and fertilizers!!!

Another ingredient found while investigating the recall was cyanuric acid. Cyanuric acid is a chemical most commonly used as a disinfectant for swimming pool water.

You can read all the details here, including the indictments of two Chinese companies and one American importer.

It leaves one with a very uneasy feeling, knowing that even the most honorable dog food companies can unwittingly be deceived into supplying toxic products to our beloved pets.

We contact each dog food company directly to find out whether their products contain any China imports, and we provide the answer in all of our dog food reviews.

We update our site regularly with news of any current pet food recalls. And please help us out, if you know of any recalls that we haven't listed here, please let us know. Together, we can help keep all our furry friends safe!

The court also ordered their company, Chemnutra, Inc., to pay a $25,000 fine. Sally Miller and Stephen Miller were each ordered to pay a $5,000 fine.

The court ruled that no further restitution would be imposed in light of a $24 million settlement in the related civil suit reached in the U.S. District Court for the District of New Jersey.

See press release from the Office of the United States Attorney.

Husband and wife, and co-owners of Las Vegas based ChemNutra Inc. to plead guilty in charges related to melamine-tainted pet food that killed thousands of dogs and cats in 2007.
Read full ChemNutra details here.